Visual detection models localize an object of interest in an image by returning a box that bounds that object, as well as the type of that object, also referred to as the class. A detector can detect multiple objects of different classes per image. For each detection, a detector outputs a confidence score that is independent of other detections.

For Hive's logo detection model, the output object lists each logo detected in the visual input, including:

For a video input, Hive’s backend splits the video into frames, runs the model on each frame, then recombines the results into a combined response object. The video output for a detector is similar to a list of detection output objects, but with multiple timestamps for each sampled frame.

Hive’s logo model is the world’s most comprehensive logo model, boasting tens of millions of training labels and capable of recognizing 6,000+ logos. Our API's return detailed information on each logo in an image or video (location/size/clarity) as well as what kind of object the logo is placed on. Please contact our sales team for the complete list of logos or to inquire whether a specific logo is covered. Additional logos and locations can be requested on a rolling basis. For more information on use-cases and to see our models in action, see here.

Hive's logo model can detect logos on a wide variety of objects and locations, including: 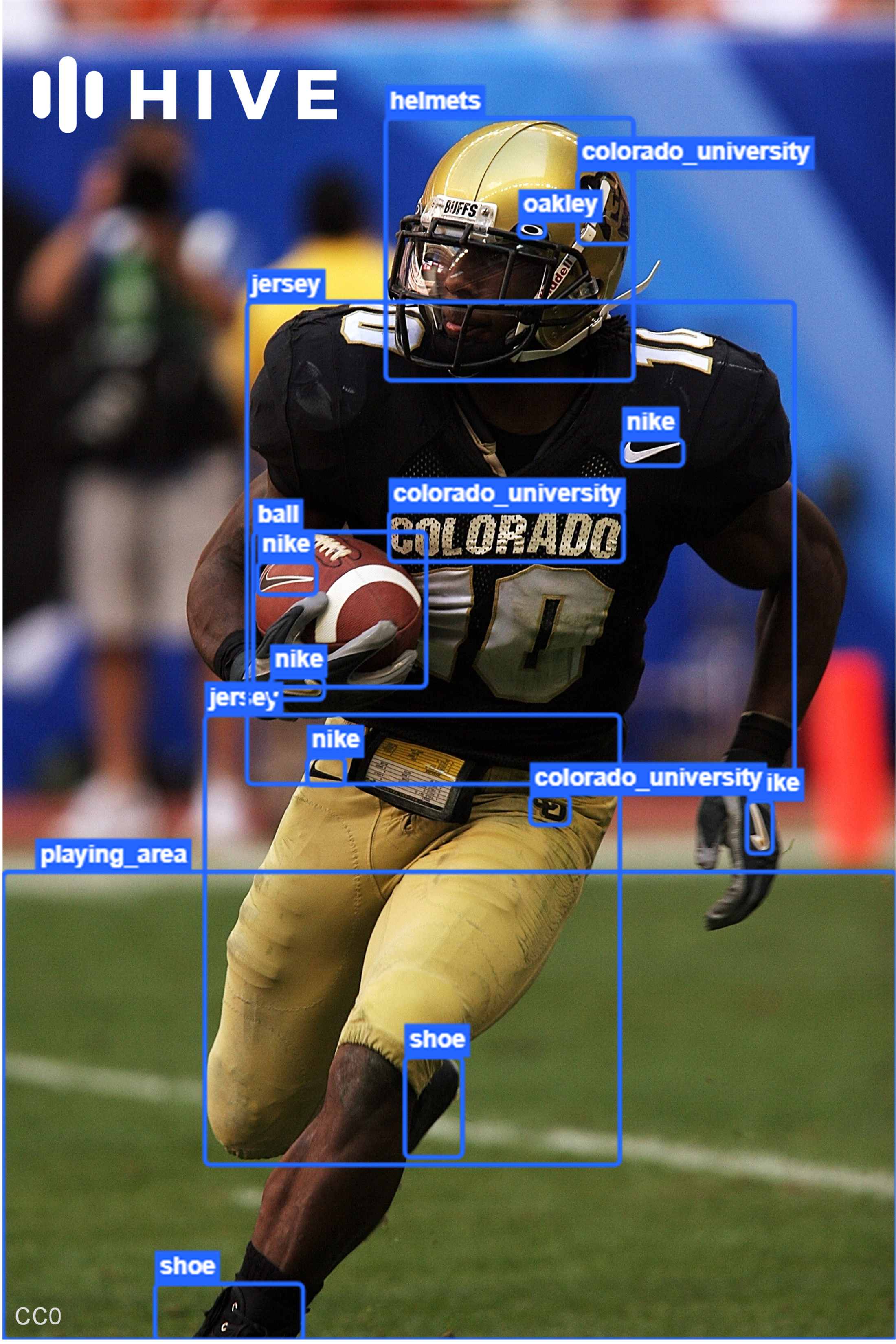 Updated about 2 months ago